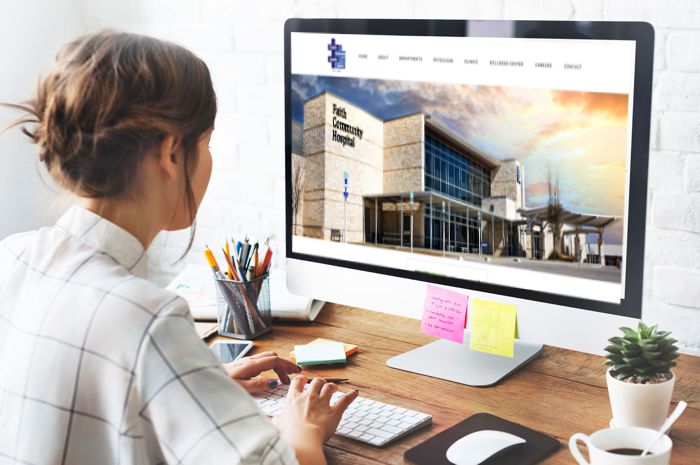 As Faith Community Hospital (FCH) nears the three-year anniversary of opening its 85,000-square-foot replacement facility, CEO Frank L. Beaman has recommended that the hospital board of directors again lower the actual district tax rate to below the effective rate.

For three consecutive years, the district has not adopted the effective rate, the rate that would generate the same amount of revenue as the year before, resulting in more than $1.7 million in tax savings for Jack County. In addition, the healthcare system is making moves to protect those on fixed incomes by increasing the senior citizen homestead exemption.

“We deeply appreciate the support of taxpayers in helping us open our replacement facility and expand our services,” said Lori McBrayer, FCH Board chair. “We have been working hard to reduce the tax burden for Jack County residents. By focusing on efficiency and providing outstanding services, we have been able to generate additional income to reduce our reliance on tax revenue.”

Due to a decrease in property valuations, the effective rate, the rate required to generate the same tax revenue as the previous year, has increased to 0.323260 per $100 in valuation. However, FCH is proposing a rate of .3150, which is below the effective rate.

In an unprecedented move, the Healthcare System is also increasing the senior citizen homestead exemption by an additional $2,500, raising the total exemption to $42,500.

McBrayer said that due to the valuation reduction and the subsequent increase in the actual rate, the board and leadership felt the prudent action would be to protect those on fixed incomes.

In 2012 the hospital district increased its local tax rate to 0.3150 to sustain the state of healthcare services in Jack County and kick off the development of the replacement facility. Since the opening of the replacement facility, the hospital has been able to increase healthcare services offered in Jack County and the surrounding areas.

In recent years, as two hospitals, within a 30-mile radius, have closed and then re-opened with fewer services, and another has discontinued obstetrics, FCH has embarked on supplemental programs to bring outside revenue to the district. One example is the Nursing Home UPL (upper payment limit) program.

A federal program designed to bring additional Medicaid funds into the state, FCH along with dozens of other taxing entities participated in the program to gain licensure of private nursing homes in a non-cash change of ownership transaction. Allowing the nursing home license to be operated in the district’s name allowed the district to receive more than $5.7 million dollars in additional revenue over the last few years without any expense liability. The additional funds received by the nursing homes allowed them to improve services they provide to residents.

“As CEO, Mr. Beaman has worked hard to find creative solutions that bring new revenue to the hospital district to expand services while lowering the burden on local taxpayers,” McBrayer added. “Over the past decade, we have seen FCHS emerge from the brink of closure to become a thriving hospital district that has gained nationwide recognition.”

Financial projections indicate that the addition of the clinic in Bowie in 2016 will continue to have a positive gain to the system of more than $1 million annually while improving services and access to Bowie clinic patients.

According to Beaman, the reduction in tax revenue is evidence that FCH is thriving and financially sound.  He said that when he started working for the hospital more than 7.5 years ago, he and the board began looking at supplemental revenue sources and programs to help support the hospital.  He explained that

throughout his tenure, FCH has participated in 13 federal, state and private supplemental revenue programs that have brought more than $20 million to the district.

“We are thrilled to continue meeting and exceeding the expectations of Jack County residents,” Beaman said. “The replacement facility has allowed us to greatly expand and improve our services, meaning we will continue to grow and meet the healthcare needs of our neighbors for many years to come.”